Oarsome Dream heads to Antigua for the 2019/2020 winter season 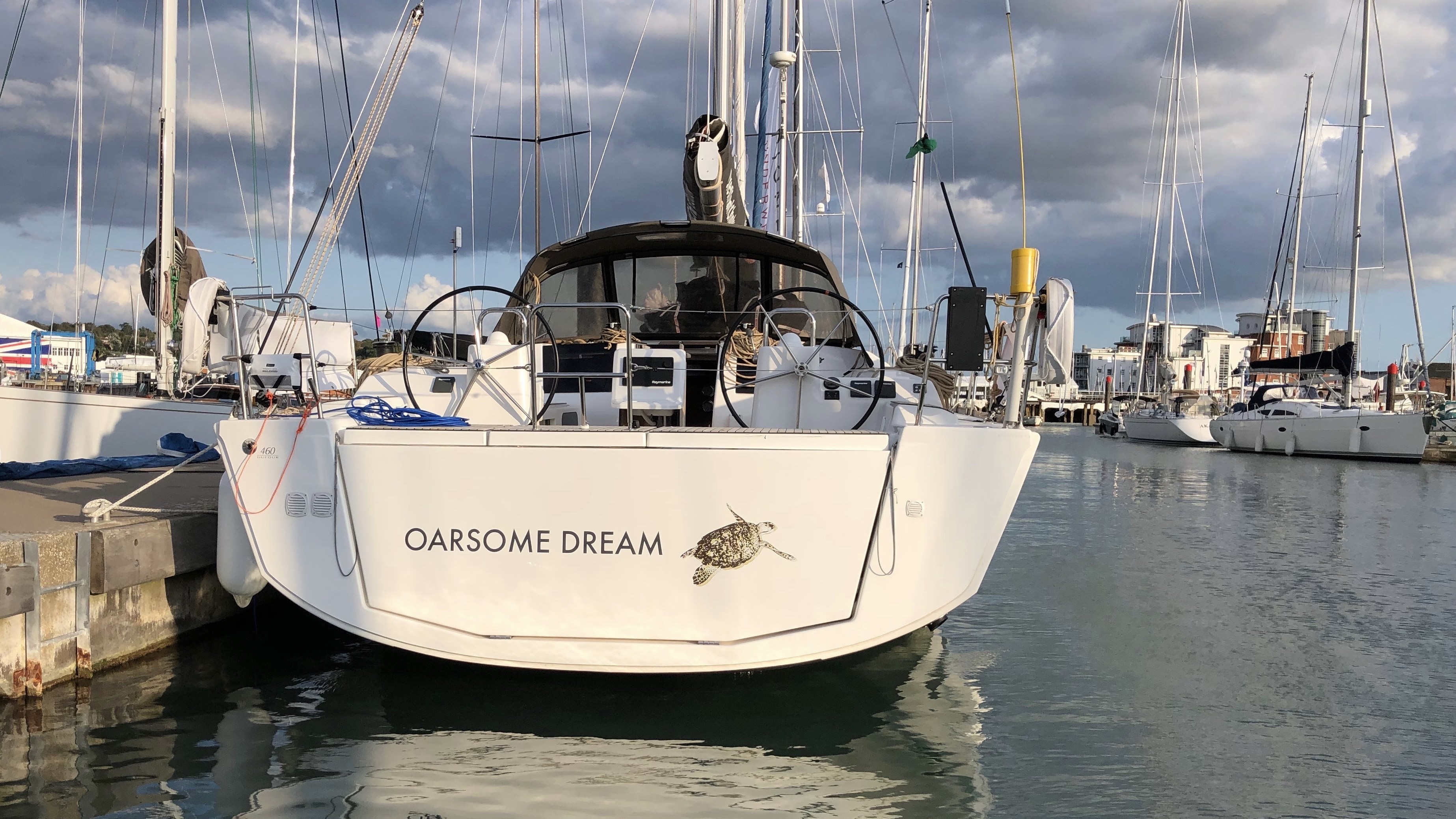 Fairview Sailing partner company, Dream Yacht Charter UK, today announces that their new Dufour 460GL, Oarsome Dream, currently based in Port Hamble on the Solent, will be heading to the much warmer Caribbean Island of Antigua for the 2019/2020 winter sailing season.

The 13-berth monohull which arrived in Port Hamble in January 2019 will join Dream’s existing fleet of eight monohulls and 21 catamarans where she will be available for bareboat and skippered charter.

The new yacht has spent the first half of this year’s sailing season in the Solent, where she has been available for bareboat and skippered charters on and around the south coast, and participating in this year’s Cowes Week in August where she was sailed to victory by Freshfields to take first place in the Cruiser B class.

Oarsome Dream is expected to leave Port Hamble in October to make the Atlantic crossing, arriving in Antigua in time for Christmas, and will be available for charter from 20th December until the end of April, when she will return to Port Hamble for the UK summer sailing season. Fairview Sailing customers will be entitled to a special 5% discount on any charters booked on Oarsome Dream during her time in the Caribbean.

Commenting on the relocation, Andy Byham, Dream Yacht Charter UK Director said, “We’re delighted that Oarsome Dream is heading to Antigua for the winter. She’s a great cruising yacht, ideal for families or groups of friends and Antigua is the perfect winter base for her. We have a great relationship with the Antigua Tourist Board and the island itself has so much to offer to sailors, including the hugely popular Antigua Sailing Week, which Dream Yacht Charter will again be sponsors of for 2020.”

The DYC base in Antigua is located in Jolly Harbour Marina, known as the sailing hub of the Caribbean. Offering a full range of facilities and services, including customs and immigration, provisioning, restaurants and bars, free wifi and leisure facilities the marina is a resort in itself. Weather conditions in Antigua over the winter offer ideal sailing conditions.

Trade winds between December and May bring stable weather conditions with easterly winds reaching speeds of around 18 to 20 knots. Day time temperatures reach a balmy 30 degrees Centigrade, falling to a fresher 20 degrees overnight. Water temperatures over the winter months reach around 26 degrees, perfect for snorkelling, paddle boarding and meeting the local marine life.

Oarsome Dream was named for Dream Yacht Charter’s Hampshire based charity partner, Oarsome Chance, by Dream ambassador and Oarsome Chance patron, round the world sailor Alex Thomson. As well as cementing the relationship between the organisations, Oarsome Dream has offered the opportunity to some of Oarsome Chance’s young apprentices to work on the commissioning of the yacht in advance of her entry into the UK charter fleet.

For further information on Oarsome Dream or to book a charter, call us on 02380 457023 or email info@fairviewsailing.co.uk

A complete guide to sailing on the Solent: Part 3: the top restaurants to visit on the south coast

A complete guide to sailing on the Solent: Part 2 – the top things to see and do on a south coast yacht charter

A complete guide to sailing on the Solent: Part 1 – all things sailing